Oysters are more than a seafood delicacy! They help the environment in the following ways:

Adult oysters release millions of fertilized eggs in the summer months. During their 2 to 3 weeks of development, larvae (young, free-swimming oysters) may be carried great distances from where they were released. When development is complete, young oysters must attach to a hard substrate, ideally another oyster shell. If no suitable substrate exists, the oyster dies. Juvenile oysters (known as "spat") require several years to reach harvest size, but they begin to reproduce within a year, completing the life cycle.

Harvesting adult oysters interrupts this cycle by removing shell from the system. Replanting oyster shell is an important way of ensuring that suitable habitat is available for future generations of oysters. Complete the cycle by recycling!

How Can You Help? 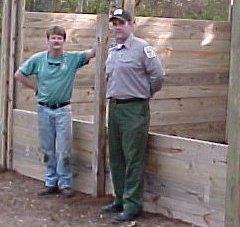 Some of our volunteers have even started their own shell recycling programs. The Environmental Action Volunteers, led by Sun City residents Bruce White and John Kreuzer, has recycled and bagged approximately 1,000 bushels of oyster shell from Hilton Head, SC, restaurants each year since 2001!  These shell bags have been used to construct oyster reefs at numerous locations in Beaufort County. To learn more about the efforts of Bruce White and Environmental Action Volunteers, read some of the local press coverage. 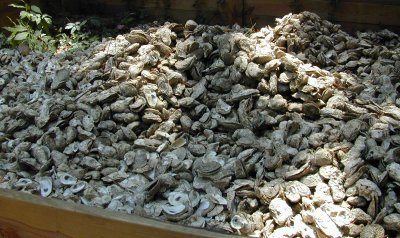 For more information on the SCORE program, email score@dnr.sc.gov or contact Michael Hodges (843.953.9241) with the South Carolina Department of Natural Resources (SCDNR).